Ill Gramr - Where Im from (Produced by Inos) (Music Video) 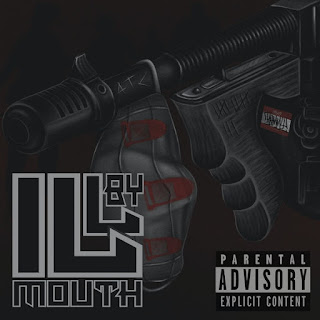 Produced by Inos, mixed and mastered by Sarkastik Hound and released on 4 The Culture Records. Ill Gramr is an emcee, graffiti writer and tattoo artist from the UK, having last previously released music back in 2009, with legendary producer ChatOne, hes back with plenty to say and the same intricate word play and unique flows.

After stepping back into the studio with producer and label owner Inos at the start of the year, they have created an instant classic, boom-bap hip hop as it should be! DJ MistaCrowe again features heavily with his insanely technical cuts and scratches and has appeared on all of Tommy's previous releases.

The video was filmed in Peterborough UK, by Kieran Steels (aka KSTEELFILMS) and shows a selection of scenes from the day to day life of ill Gramr, including painting graffiti and tattooing. Also heavily features his much loved XL american pitbulls which are a massive part of his life. All filming, directing and editing done by Kieran Steels. (KSTEELSFILMS) 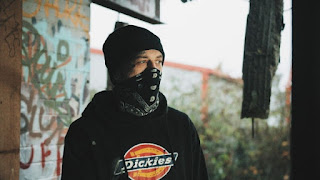 In a post apocalyptic world, where talentless mumble rappers have been allowed to thrive unchallenged, 4TC records introduces the last hope for the survival of real hiphop! Ill Gramr returns on a mission to bring back that classic hiphop sound!

In a baron landscape void of life, inhabited by shambling “mumblers”; brain-dead, talentless socalled “rappers”, those who can only be distinguished by a staggering low IQ, the inability to string a coherent sentence together and cups of lean, through the cacophony of mass hysteria and panic, a transmission has been discovered. Citizen T, our one hope and saviour, has a cure. Amidst the pandemic which has ravished our once glorious music scene is an antidote to the virus, one that can reverse the cause of idiocy that has infected and spread throughout the population; the 4TC Strain.

Ill Gramr will be your guide on this road to salvation. You need only heed his advice and follow him through the rising bodies of the mumble rappers, wading through the grills and cough syrup, multicoloured hair and men in mini skirts… Follow the boom bap beats and the lyrical flows as they shall see you restored once more.

4. Where Im from (Produced by Inos)

Mr B - Back To The Boombap (Music Video)

From the depths of Peterborough's newly re-ignited hiphop scene comes an artist that rocks the soul and challenges the mind, with his thought provoking lyrical content and witty humour.

Mr B is back with the 1st official single and video taken from his recent EP "Dont Mind Me".  "Back to the Boombap" is packed full with clever lines, with B explaining his views on the current state of the hiphop scene and outlining his angles of attack! Accompanied by a bass heavy, head nodding spectacular from Inos, this was always going to be a banger!

Mr B started rapping in his early 20s and has progressed into an absolute beast on the mic over the last few years! His debut album "The B-Side" is still doing good numbers and has received great reviews worldwide. The EP "Dont Mind Me" was released earlier this year. Both are available now to stream or download from all major streaming platforms. The video for "Back To The Boombap" was filmed by Sarkastik Hound / Kingy Bossman and edited by Inos.

Mr B will also be performing live on 31st October @lightbox peterborough, for the Official Free1sMind EP launch party. Tickets available from our FB page via EventBrite.

Expect much more from Mr B throughout the year, with another EP in the works currently and as part of 4 The Culture Records latest rap group #RhymeCULT!! 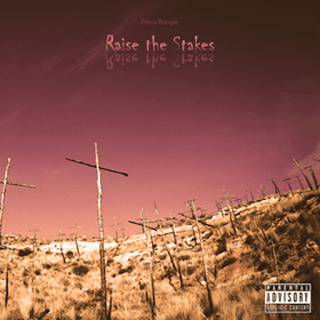 FRISCO BOOGIE returns with the 3rd single taken from the critically acclaimed C.I.R.C.U.S. album. RAISE THE STAKES closes the show with its trap inspired beat riding over heavy piano sample. Here we are taken on a journey of revaluation that the time is now to change and try and get back to some sense of normality. Lyrically Frisco bounces along weaving through the beat dropping some gems for use to contemplate.

Frisco once again provides a track that would sit as comfortably in a club as it would on a radio playlist. RAISE THE STAKES is out now on all streaming platforms.

Available on 12" single with a DOPE Beatminerz remix on the B-Side.

Revorg now sponsor a local football team in our area please follow them and support their rise in the league.

1st Video/Single of Transitional Assistance
Produced by Alpha Centori
Click on the link below to get the project:
https://kingauthor.bandcamp.com/album/transitional-assistance
http://kingauthor83.blogspot.com/
Shot by Southside Jonesy & King Author
Edited by King Author
IG/Twitter- King Author: @kingauthor83
at October 03, 2021 No comments:

Greeley bars out and tags in a massive name next.

Filmed and Edited by Edak and Stretch One

Rappertag is an online series of rap cyphers that launched on YouTube in 2010.

The aim of Rappertag was to have the top emcees in Australia showcase their ability with a short video, tagging in a rapper of their choice to follow up and do the same again. Now, in 2021, with Hip-Hop rising to new heights in Australia, the Rappertag reboot is set to be more competitive, compelling and entertaining than ever, as the current generation of hip-hop stars take the reins.

Who will be tagged next? Subscribe to keep up to date!

Stream/Download On All Major Platforms

High Focus Records is proud to present King Kashmere - 'Soul Calibur', produced by Alecs DeLarge. To accompany the single, we have also released a limited run of 'Soul Calibur' t-shirts, hoodies, and hats - get yours now from the High Focus Shop! 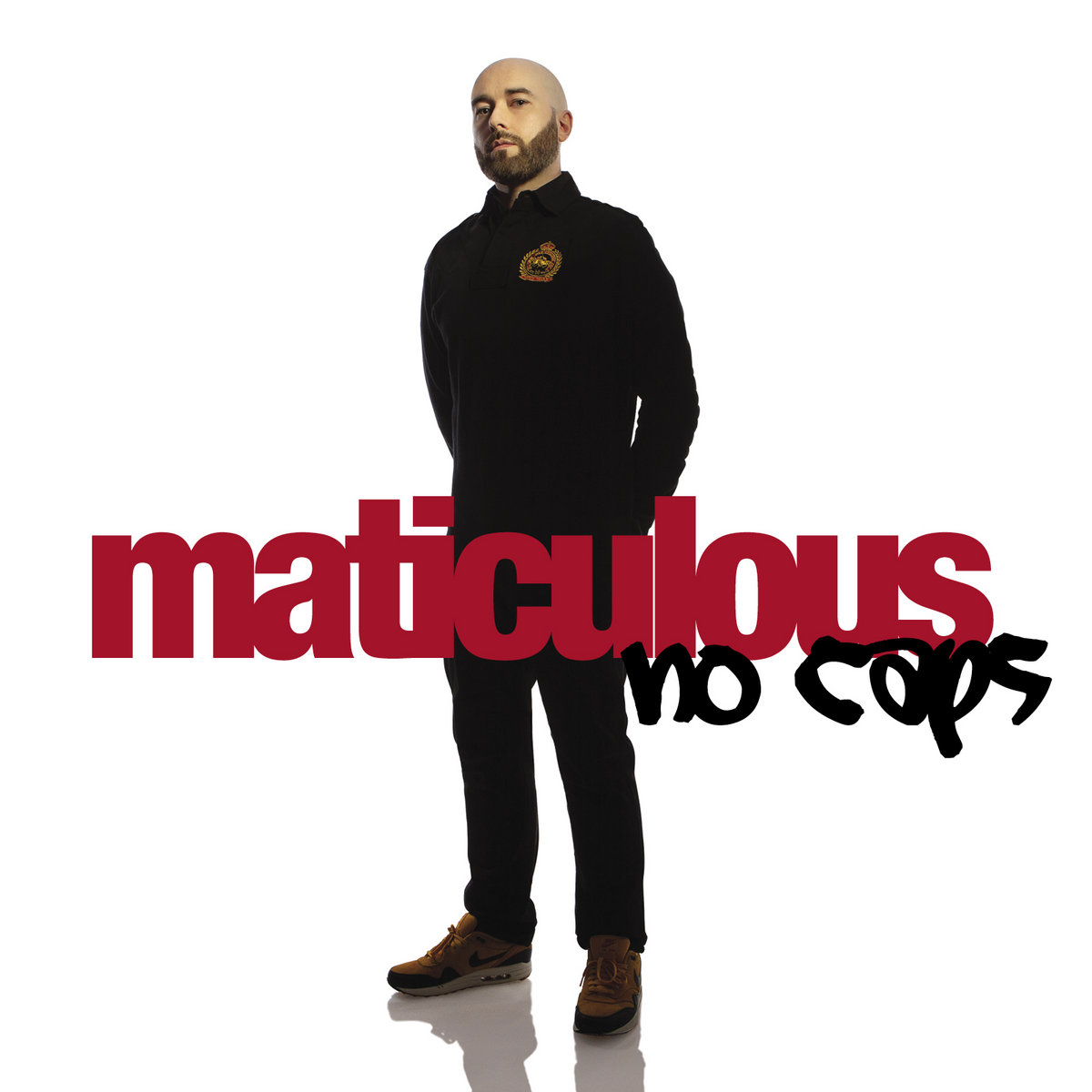 After producing for others over the past several years, Brooklyn-based producer maticulous puts the spotlight on his gifts as an artist with his new compilation, no caps. His production, pacing, and sequencing all truly shine on here, as well as his ability to pick just the right guest emcees to appear on his instrumentals.

Whether it’s Guilty Simpson expertly crafting a narrative on “Home Goin’” or yU and Uptown XO talking their sh*t on “Bein’ This Nice,” no caps is brimming with standout features. It makes sense, then, that maticulous calls this his “favorite project to create” to date. “It was born out of being completely locked down for months,” he says. “I would wake up everyday, listen to records, and become inspired with the only expectation of wanting to create music.”

That time resulted in the creation of six of the eight instrumentals you hear on no caps, with the upbeat and soulful “Everything” being one of the two exceptions. He actually made that beat in 2012, and it stayed one of his favorites for years. But as he was putting together this project, he just felt it was time for the world to hear it—and he’s not wrong. Skyzoo and Justo The MC do their thing on the track, making it one of the best on here.

More than anything else, however, maticulous just wants this release to be a breath of fresh air for listeners. “It’s very easy, for hip-hop especially, to get stuck in a formula,” he says. “One person has success and a hundred people try to make the same sounding stuff. No one needs to reinvent the wheel to make dope, timeless music.”

He’s not only right in his explanation, but he’s also putting his money where his mouth is with no caps. And in case you forget—it’s no caps when you spell the man’s name (and compilation title).

Everything is scraped up! F Dot makes the drop in the new visuals for "Taped Up" directed by Selva NYC www.beyondtheelements.bandc... 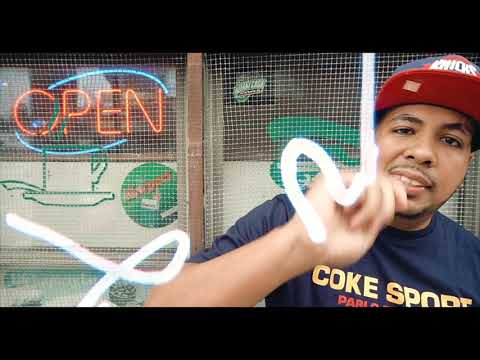